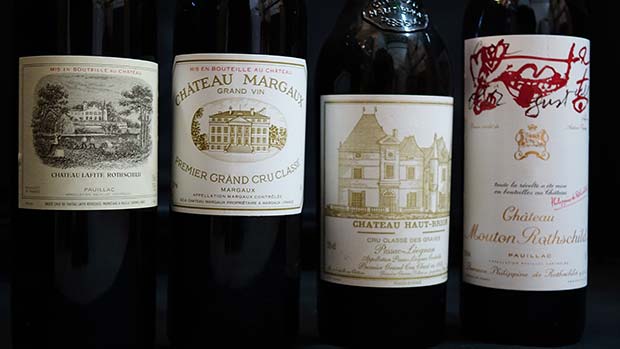 In a market still dominated by Bordeaux and Burgundy Grands Crus, iDealwine sold during this year’s first semester 56,020 bottles (i.e more than 23,000 lots) at auction. Sellers can rub their hands: over the entire period more than 90% of the bottles were sold. During the past months, fine trends have emerged, bringing a breath of fresh air in this sector traditionally amateur of renowned classic names.

Between 1st January and 30th June 2017, the iDealwine platform saw more than 23,000 lots (23,679 more precisely) change hands during the 14 online auctions held on our website. Sellers are conscious that their cellars rarely auction in one go and some lots must be presented up to three times to go under the hammer. Finally, during the semester, the execution rate, measuring our platform’s capacity to sell wines put in our hands, exceeds 90%. A great success!

Moreover, the total amount of sales over the first six months of 2017 reached €6.1 million, including taxes, for the auction part of our business, representing an increase of 31.8% compared to the first semester of 2016. We are delighted with this result, especially since sellers entrusting us with their bottles are almost certain that they will go for at least 10% above starting bid. Prices can vary much more than that. For example, +138% for two bottles of Château Latour 1998, auctioned €372 each, to an amateur from Hong Kong, or +266% (€660) for Meursault 1er Cru Perrières 2007, produced by the now iconic Domaine Roulot. We also surprisingly noticed the increase of 333% for the rare Cornas 1995 from Domaine Marcel Juge which does not exist anymore. Without forgetting the Arbois Pupillin 2010 from Domaine Overnoy which, auctioned €349 in February 2017, exceeded its starting bid of 870%!

When we tell you that iDealwine is the best place on earth to resell your wines, it’s not for nothing! If you followed our recent news, you certainly know that for the 3rd consecutive year, iDealwine is the first French auction house!

Range of vintages, variety of wines: a real treasure

The range of wines auctioned on iDealwine is vast: the prices of the lots go from €4.80 (including fees) to €19,320 for a lot of six bottles from Domaine de la Romanée-Conti 2012. The latter included a Romanée-Conti, two La-Tâche, a Richebourg, an Echézeaux, and a Romanée-Saint-Vivant. The average price of a bottle sold at auction (regardless of the size) is therefore €133. However, let’s put received ideas to rest: prices often start at less than €10 (and even at €1 for some), giving you great opportunities in each sale to create a wonderful cellar at very reasonable prices!

There is also an immense choice in bottle sizes, since iDealwine auctions have seen all formats, from the half-bottle to the balthazar, a bottle of 12L, equivalent to 16 normal bottles. Very festive!

Of the 56,000 bottles sold, France has an overwhelming share: 96% comes from French vineyards. Unsurprisingly, Bordeaux is the most represented region (37%). Burgundy has a growing share in trade (31%), a proportion unrelated to the difference of size between both vineyards, and which shows the growing interest of worldwide wine lovers for this region. Rhône represents 13% of the lots, Loire 5% and Champagne 3%. Although the regions’ ranking has remained roughly similar for several years, Bordeaux’s share is gradually decreasing in favour of other appellations.

Thus, the iDealwine auction market remains traditional, but if you take a closer look at it, you can see that finer trends are appearing, with more and more regions, some recording unbelievable prices. In particular, Jura, which has been exceeding auction expectations for several months with an impressive sudden price rise, even though this region represents “only” 1.4% of the lots sold in the first semester. We also noticed high prices for unusual regions at auction: Languedoc, Beaujolais, Southern Rhône and Provence, or Southwest of France. Amateurs, left out from overpriced auction battles for some of the greatest appellations of Bordeaux and Burgundy, set their sights on names that were less famous, but which turned out to be true gold mines. Besides, during the semester and in each region, small domains, previously only known to a few enlightened connoisseurs, especially those who produce “nature” wines triggered fierce auction battles.

A trend that is reflected in the upcoming list of the most beautiful auctions of the semester.

Wine consumption: China to surpass France in value by 2020