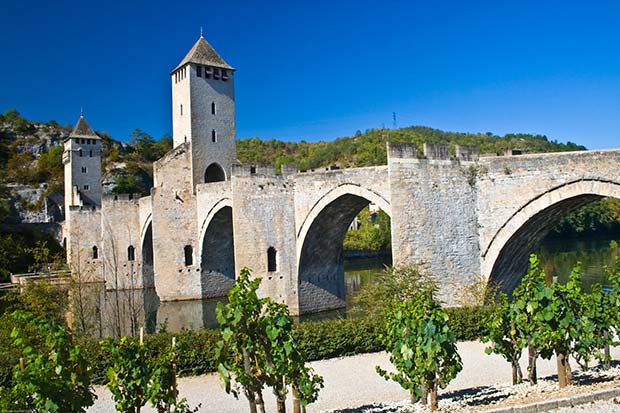 The vineyards of France are home to plenty of iconic appellations which bear names to conjure with, but are sadly becoming increasingly unaffordable. Fortunately, over the last few years, a number of appellations experiencing often spectacular growth have sprung up alongside these legends. And these names are destined to become essential knowledge for all “switched-on” wine lovers.

Over twenty years ago, back in the days when the prices of the great Bordeaux wines – just like their counterparts in Burgundy and the Rhône – were still some way off their current heights, crafty wine lovers began to fill their baskets with wines from regions which were still slightly undervalued… or even looked down on, such as Languedoc, Roussillon and the Loire valley. And it was a source of great pride to them when, conducting a blind tasting of a Mas Jullien, La Muntada from the Domaine Gauby, a Grange des Pères or a Peyre Rose, they received praise from their friends tasting these wines for the first time. Back then, these now-iconic domaines were in their infancy. In the Loire of the early 1990s, Clos Rougeard was known only to a small handful of fans, Thierry Germain’s Roches Neuves had barely opened its doors, and Philippe Alliet was just starting out too. But they were exciting days for the connoisseurs who were among the first to discover the qualities of these domaines, even before the buzz from the wine industry or press began.

Today, with the availability of (more or less reliable!) information in ever-increasing quantities and the plethora of blogs, it’s getting harder and harder to “discover” an unknown domaine. But anyway, that’s not what we’re trying to do here; the purpose of this article is simply to point out a few regions or appellations which we think are home to an increasing number of interesting wines at generally reasonable prices, and regions “on the move”, in which competition and rivalry are likely to raise the general standard in future.

When connoisseurs think of wines from the south-west of France, they generally have a rather confused image in their minds of slightly rustic wines to accompany hearty cooking. This is no doubt the fault of a number of winegrowers who are sometimes set in their ways, but also of the incredible disparity of appellations and grape varieties in this region, which constitutes both an asset (wines with very different personalities) and an impediment (it’s all too easy to get lost among the dozens of small appellations which can be found within the space of a few kilometres). Today, Cahors is undoubtedly the most dynamic among these appellations, and the one most likely to interest connoisseurs in search of well-made wines with strong personality and a reasonable price tag. The appellation has perhaps stood still for a little too long, for want of a sufficient number of talented growers (such as Jean-Luc Baldès at the Clos Triguedina), and may have been held back a little by the mass-retail image of “Carte Noire” Cahors, a mediocre wine produced by the big local co-operative. As with any appellation “on the up”, the story starts with the pioneers who were the first to set out to produce quality wine. In Cahors, the key names in this respect are the Verhaeghe brothers’ Château du Cèdre and the Domaine Cosse-Maisonneuve, which have elevated the local wine above its rustic image. And as always, they have created vocations or sparked competition, which is now beginning to bear fruit with the arrival of several new domaines and the arrival of a new generation of growers at the reins of traditional family estates: the best known of these is undoubtedly Fabien Jouve in the Mas del Peri, producing a truly remarkable range of wines, but there are other reliable names such as Clos Troteligotte, Chateau Les Croisilles, Chateau Combel La Serre (Jean-Pierre Ilbert) and Jeremy Illouz (Parlange and Illouz). Maybe it’s time to take a look at these wines with their civilised tannins which, in some cases, will age well for at least ten or fifteen years… or longer. Don’t miss out on the Cahors revival!

This region and its major appellations (Arbois, Côtes du Jura and Château-Chalon) has long been entrenched within its traditional practices, characterised mainly by the production of vin jaune-style oxidised wine. The exclusivity of this distinctive wine, which had – and indeed still has – its fans, does confine it to a somewhat niche market. And then, about twenty years ago, driven by a new generation, and generally favouring organic farming techniques, several winegrowers decided to turn their backs on this style, producing non-oxidated Savagnin wines, attractive Chardonnays capable of giving their Burgundian counterparts a run for their money, and indulgent, personality-packed reds produced using native grape varieties such as Poulsard and Trousseau. In a few short years, the number of these domaines rocketed, and now the connoisseur has an extensive choice when it comes to buying wines offering anything from immediate indulgence to great laying-down potential – and, of course, “immortal” oxidised wines such as the great vins jaunes of Château-Chalon.

The earliest such domaines to emerge were those owned by Stéphane Tissot, followed in the early 2000s by Jean-François Ganevat. These two pioneers were followed by domaines such as Labet, Pignier, de La Tournelle, Buronfosse and, still more recently, the domaines of Les Bottes Rouges (Jean-Baptiste Ménigoz), La Borde (Julien Mareschal), Ratapoil (Raphaël Monnier) and Les Cavarodes (Étienne Thiébaud). Another sign of Jura’s rise to prominence has been the arrival of major investors such as Burgundy’s Domaine du Marquis d’Angerville, which created the Domaine du Pélican by taking over a number of small domaines around Arbois, and which has now for just over a year also been farming a majority share of parcels in Jura’s Domaine de Jacques Puffeney. The other investor is Burgundian behemoth Boisset, which recently took control of one of the Jura’s largest historical wine companies, Henri Maire.

A word to everyone in the back row of the class, sniggering at talk of Muscadet as a region of the future: we advise you to try out the best wines from well-known producers such as Jo Landron, Domaine de l’Écu, Domaine Luneau-Papin, and wines from growers such as Vincent Caillé (Le Fay d’Homme) and Jérôme Bretaudeau (Domaine de Bellevue). These are dense, full wines, far removed from the aggressively acidic Muscadets which have characterised the region for too long, and wines to astonish everyone with their ability to age, with the best of them even assuming a deceptively Meursault-like character. And while this Muscadet region is “moving forward” through the work of its talented growers, it’s also working to develop its terroirs, which it is increasingly promoting through a clear ranking system (creating wines like Gorges, Clisson and Monnières Saint-Fiacre) and the enactment of stricter rules to support them. In the meantime, prices have remained extremely reasonable, while on the other hand quality in the best domaines continues to rise. Muscadet really is another train you need to get aboard!

In Bordeaux, perhaps more than anywhere else, the fame of the major Right and Left Bank appellations has cast a shadow across the names of appellations which may have a more modest pedigree, but are still able to delight connoisseurs prepared to “dig” a little. These Bordeaux “satellite” appellations, which have faced stiff competition from wines of other regions such as Loire, Rhône and Languedoc, have had to work hard on quality and keep promoting their own wines, making them more attractive when young. But why? To meet the expectations of consumers who were starting to abandon Bordeaux in favour of other “rising” regions. Among these less well-publicised Bordeaux regions, probably the most successful at rising to this challenge have been Côtes de Castillon, Fronsac and Canon-Fronsac, with the first of these possibly enjoying a slight lead. Indeed, Castillon (an appellation bordering on Saint-Émilion) is, for example, home to Clos Puy-Arnaud – one of iDealwine’s favourite domaines –  Domaine de l’A, personally owned by Stéphane Derenoncourt, and Château d’Ampélia (which shares an owner and a style with Grand Corbin-Despagne). These are meaty, generous wines which give the lie to the austere Bordeaux image so often still found in connoisseurs’ minds. Further west, but still routed in some great terroirs (and those two facts are probably linked…), a number of domaines have elevated the Fronsac and Canon-Fronsac appellations to a level which is genuinely attractive to the connoisseur looking for great wines for keeping at reasonable prices. In Fronsac, Château de Carles – and its Haut-Carles wine in particular – is a great classic Bordeaux wine. And from the same appellation, don’t forget Château Fontenil, personally owned by Michel Rolland, and Château Les Trois-Croix. In Canon-Fronsac, Château Moulin Pey-Labrie, Château Vrai Canon Bouché and Château Canon-Pécresse are all worth a closer look. These wines tend to be more sober and less indulgent than their Castillon counterparts, but have a fine Bordeaux character which is within the reach of all connoisseurs, and hail from appellations which have made great progress over recent years and are likely to keep doing so, considering their fashionable styles and pricing.

French wine exports on the rise