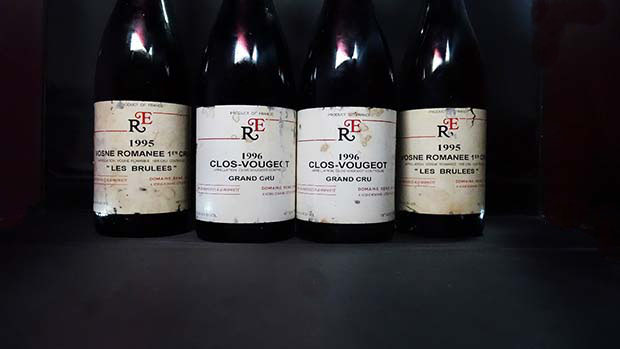 During July, the auction market was still wide awake! Buyers from all over the world fought for the best wines from Burgundy with continuous rising prices.

During both auctions in July, once again, the famous Burgundy domains have had remarkable performances. Indeed, particularly during the sale that ended on 26th July, Engel, Dujac and Vogüé domains registered prices way above their iDealwine estimates.

Domaine Dujac also saw its prices serenely rise, with sustained demand from the USA and Hong Kong. This 18-hectare domain, located in Morey-Saint-Denis, is a family establishment created in 1968. Certified organic since 2010, this domain is recognizable by its whole crop pressing (both grapes and stalks are vinified) and its high proportion of new barrels for maturing, especially for the Grands Crus. These wines have a great aging potential. During the auction ending on 26th July, Vosne-Romanée 1er cru Les Malconsorts sold for €288 (+13%), while Clos de la Roche reached €552 in the 2005 vintage (+17%) and the 1996 vintage increased of 61% (€328).

Other moderate but global growth trend is noticeable for the wines from Domaine Comte Georges de Vogüé. Located in Chambolle-Musigny, this 12-hectare vineyard has superb plots in Musigny, Chambolle-Musigny Les Amoureuses, Bonnes-Mares. This domain is particularly appreciated for its regularity and for the immense aging potential of its wines. In the auction of 26th July, the Musigny 1996 was bought by an amateur from Hong Kong for €672 (+10%), the 2002 vintage by a Danish amateur for €780 (+14%) and the 2005 was auctioned €1,080 (+10%) to a French amateur.