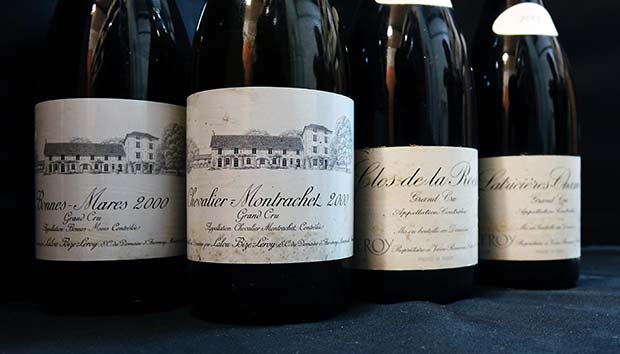 The sale on 10 May offered a collection of truly exceptional grands crus from Domaine Leroy and its white wine counterpart, Domaine Auvenay. It came as no surprise that prices for the wines, which were mostly acquired by Asian buyers, scaled new heights.

Domaine Leroy has long been renowned for the larger-than-life personality of its owner Lalou Bize-Leroy, a passionate exponent of biodynamic winemaking. Her scarce wines are already commanding premium ex-domaine prices and are virtually unobtainable on the secondary market, hence the exceptional nature of this sale with a group of approximately fifty lots, mostly red grands crus, but also a few whites.

The Leroy name is therefore eagerly sought out by enthusiasts, not just in Europe (France, Belgium), but in Asia. Customers in mainland China, Hong Kong and Japan bought 23 of the 51 lots from one of the two domaines offered at the sale.