This is a debate that hardly existed 15 years ago, but has now become a controversial topic among wine lovers and especially wine critics. Sulphur, a classic wine preservative, is criticised by some and defended by others. So what should we believe? 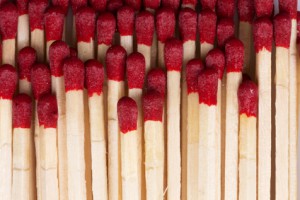 Sulphur dioxide (SO2) is the most widely used chemical additive in the winemaking process, but also the most controversial, due to its effect on taste and health. Its use in winemaking is to inhibit or kill undesirable yeasts and bacteria, protecting the wine from oxidation. It is used at different stages of winemaking and the finished product will contain a certain level of sulphites.

It is important to know, however, that SO2 can also form as a by-product of alcoholic fermentation, present even in ‘natural’ wines that contain “no added sulphur”. Note that this SO2 has nothing to do with the yellow sulphur powder sprayed on vines to protect them from powdery mildew (a process which can be used in organic farming).

Sulphur has been used in winemaking for many years. The first specific mention of its use dates back to a German decree in 1487 that allowed growers to burn sulphur wood chips in barrels used for storing wine. Called “wicking, this is an effective method of disinfection which is still in practice today, although steam cleaning has become a popular alternative.

SO2 is primarily used for the control of fermentation and the stabilisation of wine at bottling. There are four main stages during winemaking when SO2 is commonly used:

1. At harvest, it may be added in the form of metabisulphite to limit the action of wild yeast and prevent oxidation or the start of spontaneous fermentation. Here, sulphur acts as a preventive disinfectant to protect broken berries (grapes burst, for example). This won’t be necessary when grapes are perfectly healthy and handled with care, in a small crate, without the grapes getting squashed under its own weight.

2. During crushing, sulphur can be added to prevent the spontaneous fermentation of yeast.

3. Throughout fermentation, sulphur may be added at any time, but most often at the end of fermentation to stop or prevent malolactic fermentation (the transformation of malic acid into lactic acid), which is usually more wanted in red wine than in white.

4. Finally, sulphur can be added at the time of bottling to prevent oxidation (or other microbial action) in the bottle.

This is the “classic” approach to winemaking and is generally taught in oenological training, where the idea is to not take any chances. The reality, however, is very different. When a vineyard is properly managed without chemicals, it becomes more able to defend itself naturally. In this case, healthier grapes can be obtained, negating the need to add sulphur at harvest.

Also, in a perfectly clean cellar, the “disinfection” sulphur is unnecessary, or only required at small doses during rackings (moving from one container to another), when the precaution of light sulphuring can be used to avoid any risk of oxidation.
To avoid any potential problems in the bottle, the wine should be slightly sulphured when bottled.

Winemakers are generally anxious for a wine to reflect as closely as possible its terroir, while adding as little sulphur as possible in the process. Why? There are two main reasons. One is simply for health reasons: many people are allergic to sulphur, with the main effects a headache and sometimes skin reactions (rash). The second regards taste: sulphur “locks” the aromatic expression of a wine, while it can also release charry and matchstick type characters in excessive cases.

Note that red wine has less of a “need” for sulphur than white wine, because it has natural antioxidants from the grape skins and tannins, while white wine (which ferments without its skins) doesn’t. Conversely, sweet white wines that contain a high dose of sugar must be “blocked” from continuing its fermentation using a strong dose of sulphur. A little natural carbon dioxide will also effectively protect wine from oxidation.

Sulphur, at very low levels, can be a friend to wine, preventing oxidation and keeping it from turning into vinegar (which sometimes happens with extreme winemakers who work completely without sulphur). However, its excessive use (on average above 40g for red and 60g for a dry white wine) will influence the taste.

Unfortunately, owing to very technical oenology, many winemakers are still using unnecessarily high levels of sulphur, although the average trend is fortunately a significant decline in SO2 usage.

Translated from the original French article written for iDealwine

Easy Breezy | Crowd-Pleasing Wines to Enjoy with Friends this Summer