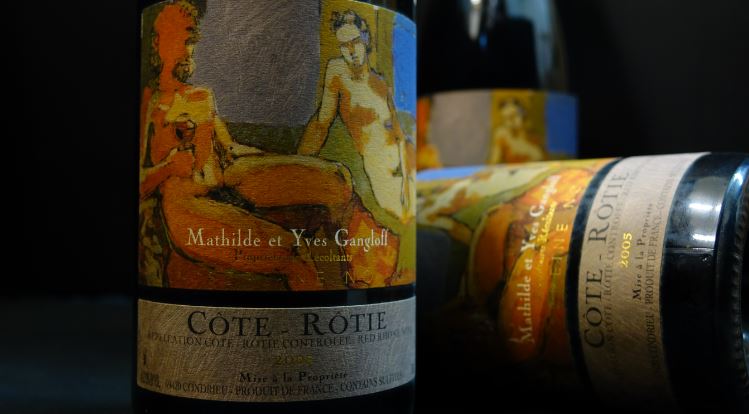 The Côte-Rôtie appellation is a real treasure trove. Its top Syrah wines have captured the imagination of wine lovers, as the auctions on February 22 show.

In the Côte-Rôtie appellation area, Maison Guigal’s top three cuvees, the infamous LA-LA-LA (La Mouline, La Landonne and La Turque) were the stars of the show for many years. That was until interest from Asia caused the price of Bordeaux wines and then Burgundy grands crus to leap at the auctions. These three cuvees were overshadowed and more or less vanished from the sales. Without a doubt, buyers reasonably assumed that the market wasn’t prepared to pay a fair price for them. More recently however, as 2016 shows, these wines have returned to the forefront, although they now share the podium with other cuvees and producers. In top place comes Domaine Jamet. Its Côte Brune cuvee has been actively sought out for a number of years now, especially by buyers in the English-speaking world (United Kingdom, USA). At the online auctions on February 22, a vintage bottle from 2006 sold for €228 – an increase of 18% on its usual iDealwine listing. A 2010 bottle of the domaine’s “classic” cuvee sold at €144 (+24%) and the 2013 passed the €100 mark, going for €102 (+5%).

The cuvee that stood out the most at this auction however is one we rarely see –   Yves Gangloff’s Sereine Noire. A former winemaker for Domaine Delas, Gangloff established his own vineyard in 1988. He is a true artist as his bottle labels show. Sereine Noire, one of his flagship cuvees, is made from grapes grown on vines that are more than 40 years old. On February 22, its mature vintages were snapped up by French and British wine lovers for significantly higher prices. The 2005 vintage fetched €152 (+83%), while the 2004 sold for €120 (+36%) and the 2003 for €124 (+22%).

Domaine Rostaing, owners of a parcel in the Landonne since they began (in 1971) also attracted some excellent bids. This wine is currently at its peak and still has a relatively attractive price, selling to a French buyer at this auction for €102 (+3%).

Auction Report March 2020 | Which wines are people buying in quarantine?