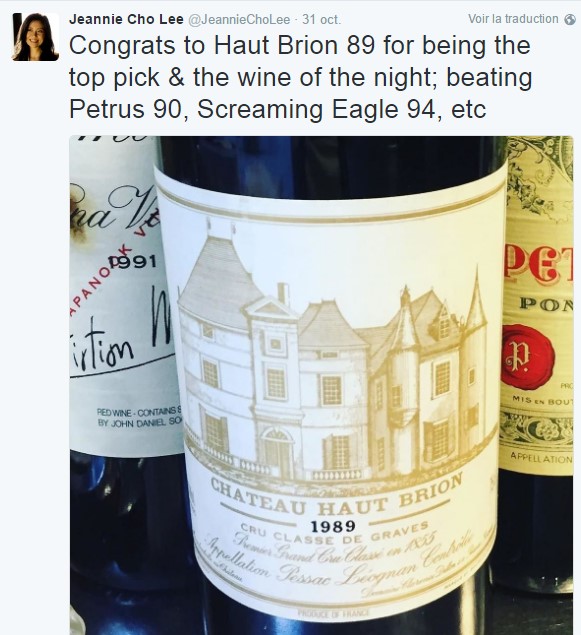 The star of the sale however has to be the 1989 Château Haut Brion. Bottles of this wine now have cult status and prices are going up and up. Not content with achieving a score of 100/100 from Robert Parker, who described it as “immortal” in 2003, the 1989, now at its peak, still defies comparison. A recent blind tasting of 16 emblematic wines in Hong Kong proved this once again. On October 28, the 1989 went to a Russian wine lover for €1620. This means a price increase of 56% on its iDealwine listing!

In Burgundy, prices for Romanée Conti wines seem to have stabilised at their peak, with some bottles selling slightly below their listed prices. The market -and Asian buyers first and foremost- requires bottles, including the labels, to be perfectly preserved. The slightest blemish, or sign of damp (which indicates good storage conditions nonetheless) can mean a below par listing of up to 20%.

In the Loire Valley, prices for Clos Rougeard have stopped for breath while Domaine Dagueneau is still fuelling the bidding (€228 for the 1999 Pouilly Fumé Silex, +57%). In Languedoc, the fever for Grange des Pères is calming down, with prices stabilising after months of increases. Of the other regions, the Jura is the surprise this time, achieving record prices for its Château Chalon. A 1982 from Domaine Perron sold for €384 while a 1985 fetched €300. Enthusiasm for  Domaine Overnoy’s Cuvée d’ Arbois Pupillon remains keen too, with the 2005 achieving €229, the 2008 fetching €217, the 2009 going for €205 and the 2000 selling at €180.

Auction Report March 2022 | Bubbly is back

Auction Report May 2022, new records all round!