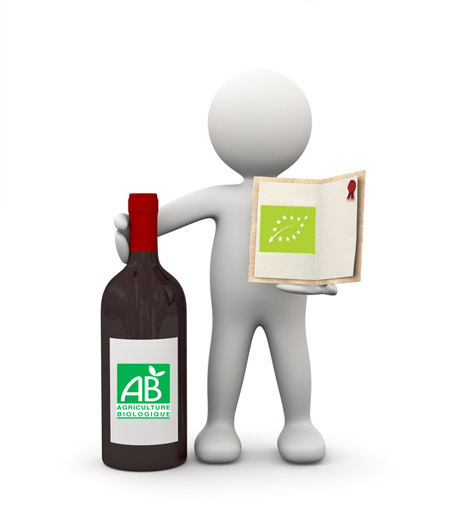 Ipsos and Sudvinbio1 conducted in July 2015 a study on European consumption and organic wines and have just released encouraging results and findings for this part of the wine industry. As part of a better public sensitivity for the environment and traceability, organic wines appear to offer an increasingly interesting option.

The Swedish, champions in the consumption of organic wines:

This study conducted on statistical samples from France, Germany, Great Britain and Sweden reveals that the Swedes are the biggest organic wine lovers in Europe. 74% are aware of the concept of organic wines (second behind France with 75%), where the Germans are only 58%; they are above all more than half to have ever consumed this type of wine and are the ones who most consume and buy it.

The environmental awareness is gradually growing in Europe, although it remains very heterogeneous geographically: 69% of Europeans say that they are very concerned by the future of the planet (especially in France where the figure reaches 86%).

For people who have already consumed organic wines, the main motivation for this purchase is very much that of respect for the environment: this is the case for 60% of respondents (66% in Sweden and 65% in France). The aspect of “environmentally friendly” is indeed the main perceived advantage of organic compared to conventional wines. A majority of Europeans declare themselves ready to pay more for products that help preserve the environment (58%), especially in Germany (66%) and Sweden (64%).

A strong requirement for product traceability

The multiplication of food scandals in recent years (Spanghero case with horse meat sold instead of beef, mad cow crisis, faeces in Ikea tarts …), generated a collective awareness and a strong need for transparency and traceability of edible products. Thus, 78% of Europeans consider it important to know the origin of food products, even more important among the French (87%) and Swedes (85%).

The attraction for organic wine, as for organic food products globally, is also due to curiosity, willingness to a fairer trade, better taste, health and quality.

Consumers of organic wine are substantially similar to the ones who regularly consume conventional wine: qualified, affluent and over-represented among the elderly, yet with a younger and more feminine demographic.

A strong attraction for organic wines, but limited by price

1.  Sudvinbio, an interprofessional organisation, commissioned Ipsos for this online study conducted from 7th to 21th July 2015 with over 4,000 people aged 18 and older, in France, Germany, Great Britain and Sweden. The aim was to evaluate the image and interest for wine and organic wine, to draw up a typical profile of consumers and an analysis of their motives.

2.  21st Conference of the Convention of the United Nations on Climate Change (30th November to 11th December 2015)

3.  These are wines made from grapes certified organic. The winemaking process is not yet regulated and the addition of chemicals (such as sulfites) is allowed in wines labeled AB.