During the online auction that ended online on 15th November 2017 on iDealwine, a bottle of Romanée-Conti 2000 was auctioned €17,146 to a French amateur. This iconic bottle from La Romanée-Conti is setting the new record for the most expensive wine sold on iDealwine since its foundation!

The new most expensive wine in the history of iDealwine auctions since its creation in 2000 is, without much surprise, Grand Cru Domaine de la Romanée-Conti 2000. For once, a French amateur purchased this wonderful bottle that is undeniably at the top of fine wines, with this time the 2000 vintage.

Burgundy regularly hits the headlines of fine wine auctions, and this has been going on for a long time. A trend that continues to grow and increase (see our article “Burgundy Grands Crus: prices keep on soaring | Auction report“). And among Burgundy fine wines, it is unquestionably the mythical Domaine de La Romanée-Conti, owned by the Villaine, Leroy and Roch families, which crystallizes all the attention. This 25-hectare vineyard located in Vosne-Romanée is a historic vineyard, where the first vines were planted during the 13th century, although it was not until 1651 that the word “Romanée” was added to the name of the plot. Here, the old vines are cultivated in biodynamics and are really well looked after. Yields are extremely low. Wine is made in the most simple and natural way possible, where grapes are only a little bit or not at all destemmed, and the resulting wine reaches a dimension of its own, something almost magical…

The plot of Romanée-Conti, monopoly of the domain, covers only 1.8 hectares and produces less than 6,000 bottles per year of this mythical and exceptional wine. The scarcity and perfection of this wine make it the most expensive one of the world.

We hope that this mythical wine will provide the greatest pleasure to the enthusiast who won it after a tough battle! 🙂 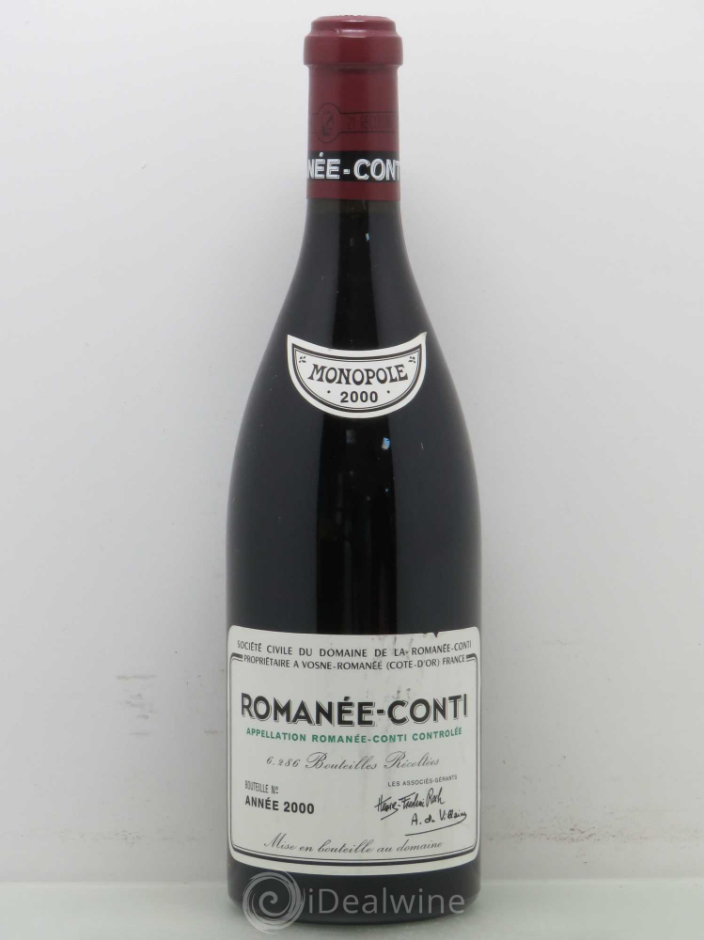 See all wines currently for sale