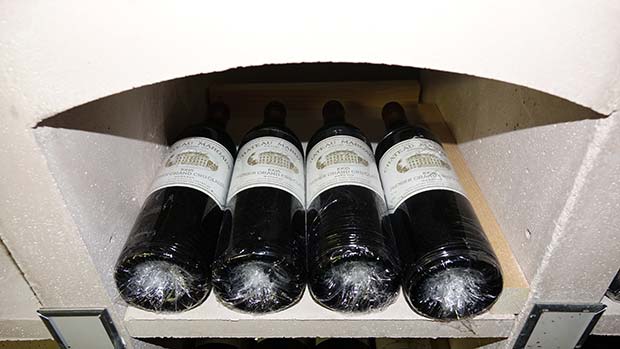 The auction on iDealwine of the private collection of a young Luxembourg wine enthusiast ended on a successful note: 100% of the lots sold and 30% increase compared to the reserve price, equivalent to the low estimate. The quality and rarity of the wines featured have attracted amateurs’ lust from all over the world. Zoom on an exceptional collection.

On 31st May ended the auction of the exceptional and atypical cellar of a young amateur, who started his collection when he was only 17 years old. Guided by his passion and intuition, he gathered, with the help of a reputable merchant, the most beautiful crus from the best vintages of Burgundy and Bordeaux. On the spot, the iDealwine team was able to witness that the bottles, which had always been in the same cellar before this sale, benefited from perfect conservation conditions, with humidity and temperature controlled.

Burgundy, on the other hand, had not less than 50 outstanding lots from Romanée-Conti. With Echézeaux 1995, the Grands-Echézeaux 1990, La-Tâche, Montrachet and Richebourg, the Domaine de la Romanée-Conti glowed with all the vintages from 1900 to 2000.

As soon as the sale opened, a real bidding battle started, increasing prices dramatically: the average bottle price rose to €780! With 100% of the lots sold, the sale was a real success and most of the wines awarded 30% above the starting bid. Some, like the Grand Crus Montrachets from Domaine de la Romanée-Conti, recorded an incredible price increase, exceeding even 140%! Bordeaux also took advantage of this phenomenon: 6 bottles of La Chapelle de La Mission Haut-Brion 1996 appreciated by 89%!

Unsurprisingly, the bottles from Romanée-conti were the most coveted. Four of them were sold between €11,520 and €14,880, thus representing the most expensive lots of the sale. In terms of price, Bordeaux is at the 14th place with 4 bottles of Château Latour 1982 auctioned at more than €5,500!

This auction also stands out because of its international scale. Professionals and, mainly amateurs were interested from all over the world: Asia (Hong Kong, Singapore, China), the United States or Europe (France, London, Luxembourg, Belgium, Monaco, Switzerland, and Portugal). Through their bidding battle, they proved that Burgundy and Bordeaux still have a bright future and enjoy an aura that is difficult to dethrone.

And even among these eminent lots, some good Bordeaux bottles were auctioned at affordable prices, around €35. Château L’Evangile 1994, Canon-La-Gaffelière 1992, Esprit-De-Chevalier 1990 and others attracted our customers.

The exclusive exhibition of a private collection offers an exceptional visibility to the lots presented, and our team is happy and proud of the success met with our customers. Once again, iDealwine demonstrated that its international auction platform attracts enthusiasts from all over the world, ready to offer a significant price to acquire perfectly preserved wines.

If you didn’t win bids on these lots, don’t worry: a new sale has opened with many nice surprises!