Christophe Delorme, head of domaine La Mordorée (Châteauneuf-du-Pape, Tavel and Lirac), suddenly passed away on the 9th of June at the age of 52. 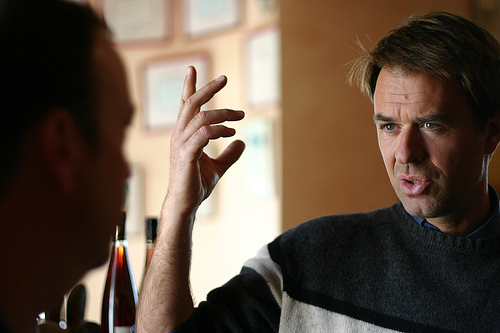 Domaine La Mordorée (a reference to the particular colour of the woodcock, the emblem of the domaine) was created in the late 80s by Christophe Delorme, who traded his original profession in textiles for a life of vines and wine. His passion quickly revealed a particular focus on quality, both for vine growing and winemaking.

Very soon the domaine was recognised as one of the great producers of the new generation of southern Rhône, with a rather “modern” style, favouring power and concentration. Christophe was a keen believer in organic farming, with his motto: “The end never justifies the means.”

The domaine produces a very wide range, including reds and whites from the Lirac and Châteauneuf-du-Pape appellations, as well as rosés from Tavel. Christophe was joined by his brother, Fabrice, in the late 90s, who now finds himself alone at the helm after the sudden death of his brother from a heart attack. iDealwine has been a partner of this domaine for many years and we are particularly saddened by this loss. Our deepest sympathies to Christophe’s family in this difficult time.

Château d’Yquem opens its doors to the public!

Buying tips: if I like this type of wine, which appellations should I choose?

Bordeaux: Cos d’Estournel buys back Château Pomys in Saint-Estèphe