The 18th edition of Vinexpo took place in Bordeaux last week and is said to have been a great success, with visitor numbers more or less on par with 2013, while exhibitors are commending the quality of these visitors. 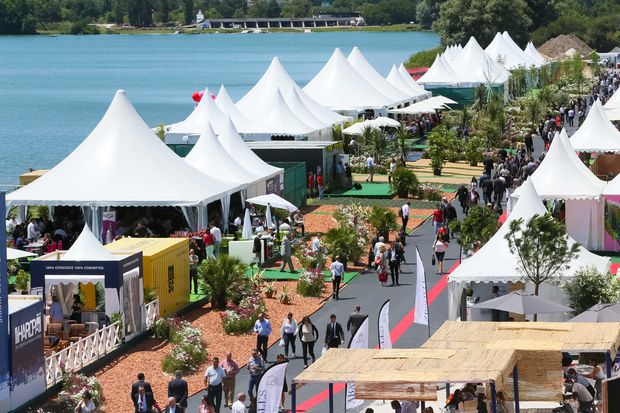 From Sunday the 14th to Thursday the 18th of June the Bordeaux Exhibition Centre was the hub of this large-scale event. It was the first Vinexpo to be opened by the French president and attracted nearly 48,000 professionals from across the globe.

Created in 1981 by the Chamber of Commerce and Industry of Bordeaux, this internationally oriented exhibition has also subsequently expanded to other continents through its subsidiary, Vinexpo Overseas, with the creation of Vinexpo Asia-Pacific (Hong Kong) in 1998, Vinexpo Americas (North America) in 2002 and Vinexpo Nippon (Tokyo) in 2014.

The original Bordeaux version of the show takes place in June in odd years. Its first edition, more than 30 years ago, attracted 524 exhibitors from 21 countries and 11,000 trade visitors from 50 countries. In the 30 years, Vinexpo has made great progress and has become a true benchmark. Visitors are essentially buyers, negociants, agents and importers, but also journalists, coopers, cork manufacturers and more…

A new managing director was appointed in late 2013, namely Guillaume Déglise (formerly of Bollinger and Laurent-Perrier), and he set out to revamp Vinexpo for the 2015 edition, with a number of new developments. One of the key changes was to create more open space around the lake, moving both premium stands and restaurants there. This year also saw the creation of free thematic tasting spaces (rosé, sparkling and sweet wines), as well as a bar concept. The new service for organising personalised business meetings at the show (One2Wine meetings) was also widely used.

The various conferences enabled a better understanding of the specificities regarding certain international markets (USA, Africa), while the Food & Wine Workshops, in partnership with the guide Gault & Millau and led by star chefs, were also very successful. Not to mention the extension of the tram to and from the fair, which made it much easier to access from the city centre.

The city of Bordeaux has also been better positioned as part of this year’s edition, with a large number of events organised outside the exhibition area; some open to the public, like The Blend evening at Hangar 14, while many other events were hosted as “satellites”, organised, among others, by Terre de Vins magazine. The United States – a mature, but growing market – was the country honoured at this year’s edition. Could it be a way to retain and convince US visitors of a new attempt of Vinexpo Americas?

Regarding this year’s Vinexpo visitors, the figures remained more or less stable compared to the last edition, with about 48,000 visitors. However, many exhibitors had the impression of a decline in visitor numbers – perhaps because of a better and more spacious area, as well as the organisation of numerous events at the show. Foreigners accounted for over a third (36%) of the visitors, a slight increase from the 2013 edition (offset by a slight decline in local traffic). China was the best represented, with an increase of 14% compared to 2013; the US, whose share of visitors has increased as much as that of the Chinese, are in second place; they are followed by Spain, Italy, the UK and Germany.

The general feeling regarding this year’s visitors is that there was a qualitative, rather than quantitative increase, which contributed to the general satisfaction of exhibitors, who also welcomed the better organisation of the show (logistics, etc.). In general, exhibitors also commended this year’s edition compared to previous years, especially in terms of contacts and business contracts. On the other hand, the show was seen by some as being less conducive to the signing of new contracts and more focused on maintaining relationships with clients. Many participants who came to Vinexpo without much expectation and sometimes with the thought that it would be the last time they are taking part, changed their minds at the show, which “is clearly positioned as a hub for the international wine and spirits industry,” (Vinexpo press release).

A new format for the next edition

The next Vinexpo France (2017) will be shortened by one day, changing from five to four days (Monday to Thursday), notably at the request of exhibitors. These exhibitors are hoping for a better concentration of activity, with less downtime and lower cost of participation, which is considered high (particularly in comparison with the German rival, ProWein).

Translated and adapted from the original French article written for iDealwine.

The world of Bordeaux: what does ‘en primeur’ mean?

Competition reveal: the award-winning wine from our blind tasting