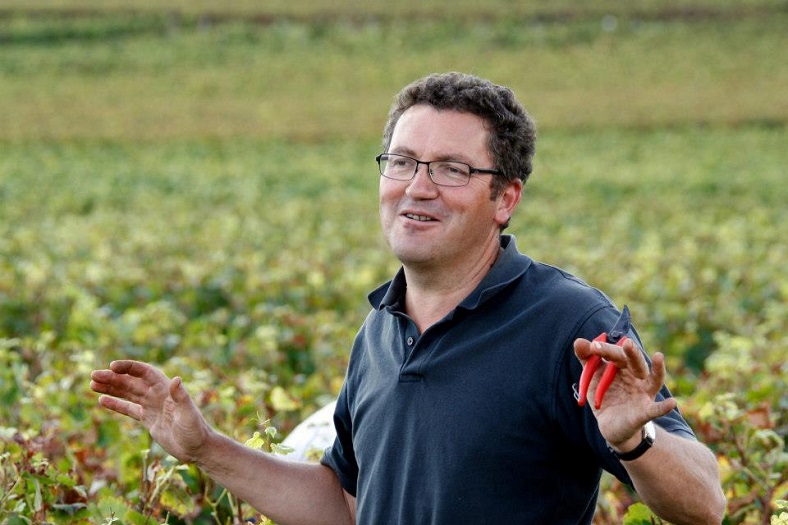 Was it Lucien Boillot’s passion for Pinot noir that made him decide to leave Volnay and head to Gevrey in 1950? His son Pierre produces delicious, elegant wines that are well worth the trip: Volnay 1er Cru Les Angles, Nuits-Saint-Georges 1er Cru Les Pruliers, Volnay 1er Cru Les Caillerets… This domain is a lovely bridge between the Côte de Beaune and the Côte de Nuits, which is absolutely not to be missed.

We reconvene in Gevrey-Chambertin, the village in the Côte de Nuits where Lucien Boillot – who the domain is named after – decided to go in 1950. He comes from a long line of winemakers from Volnay in the Côte de Beaune, dating back to 1850, when the first vines were acquired in this famous village. Volnay has the distinctive feature of being planted with 100% red grape vines, and it is certainly this passion for Pinot noir which appealed to Lucien, and led him to venture to the Côte de Nuits, and more particularly to Gevrey. 100 years later, in 1950, the domain began to acquire plots in the Côte de Nuits, and it really took off in the 1980s. Lucien’s two sons, Pierre and Louis, quickly came back to work alongside him, then Louis decided to go and set up his business in Chambolle-Musigny and leave Pierre alone at the reins. The latter continued to acquire new plots, such as the Puligny-Montrachet 1er Cru Les Perrières plot in 2006.

A passion for Pinot noir

Today the 7-hectare domain is made up of inherited vines in the Côte de Beaune (2.80 hectares) and purchased vines in the Côte de Nuits (4.30 hectares), within 16 different appellations: Gevrey-Chambertin, Nuits-Saint-Georges, Pommard, Volnay, Puligny-Montrachet… All the vines are owned. Pinot noir makes up almost 95% of the grapes which are produced, with Chardonnay and Pinot gris making up the rest.

In between tradition and reason

The average age of the vines is very high (over 55 years), which explains the depth of the wines as a whole. The soil is ploughed to avoid any use of chemical weedkillers, but equally to aerate it and to encourage microbial life to thrive. Treatments are limited as much as possible, and the domain now works in a more sustainable way, with certain methods inspired by organic agriculture.

The harvests are carried out by hand, and the grapes are generally all 100% destemmed and vinified within the cellars of Gevrey-Chambertin. The fermentation process is gentle, triggered by native yeasts, at an average temperature of 21-25°C, with limited extraction. Maturation is carried out in oak barrels, approximately 30% of which are new, for between 16 and 18 months depending on the year. Bottling takes place at the domain without filtration or fining.

Wines up for sale from Domaine Lucien Boillot

And the result? Authentic, precise wines, which are both elegant and delicate in style.

All wines for sale from Domaine Lucien Boillot

What fine wines to have in your cellar?

Stéphane Ogier | Keeping up the pace in Côte-Rôtie