Some wine regions claim to produce a great vintage, or even “vintage of the century”, every other year! But despite these commercial declarations, there are still some truly great vintages – those that entice fine wine buyers, especially at auction. 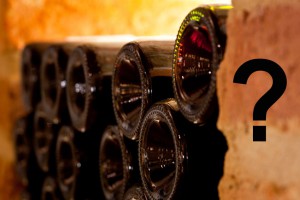 A vineyard can produce ‘perfect’ grapes when the fruit has benefited from balanced conditions throughout its development, without major climatic fluctuations and not too much disease pressure. Flowering should be even (to avoid differences in the development cycle), rainfall should be regular in spring, the summer should be relatively warm and sunny (though without too much heat), with some rain to avoid water stress. The fruit should ripen slowly until harvest; slow and gradual ripening is more “profound” and even the grape seeds will ripen to their core. The harvest itself should take place in good weather, with no rain the previous days.

All that remains then is to make a good wine… although that no longer regards the vintage, but the winemaker, which is a completely different story!

While technology and better control of viticulture and winemaking techniques can sometimes save a vintage that would otherwise have been unacceptable, it still doesn’t make it an exceptional year. Looking at the history of wine, some years are exceptional for almost all French wine regions (with 2010 a recent example), while other years favour certain regions.

Exceptional vintages of Bordeaux
Scandal-mongers, probably from Burgundy, claim that Cabernet Sauvignon – the emblematic grape of the great wines of the left bank – only truly ripens once every 10 years… But behind every story is some truth and it is a reality that the only truly great Bordeaux vintages was when this variety managed to reach maturity, avoiding too much herbaceous flavours. The same might apply to the right bank, but to a lesser extent, since Merlot – the most popular grape variety in the area – always reaches maturity earlier than Cabernet Sauvignon. So, which are the years to remember for red wine in Bordeaux?

1900 to 1939
The century kicked off with a bang with the legendary 1900 (although today’s clever marketing was not yet in use). And it wasn’t until the exceptional vintage duo of 1928/1929, that other such great vintages occurred, with the 1928 in particular showing exceptional longevity.

1940 to 1970
As if to celebrate the end of the war, 1945 is considered one of the best vintages of all time in Bordeaux, although the wines are scarce! The 1947 was nearly as acclaimed, while 1949 completes this outstanding trio with a year of balanced wines. The next great year was 1953, showing rare elegance and charm, while 1959 has been called “vintage of the century” by the press, who by then started to get into the sensationalism of this term. While this claim was not untrue, it was no truer than it would have been for some previous vintages… The sixties had very few good years, with the notable exception of 1961, which will go down as one of the best vintages in post-war Bordeaux.

1970 to today
This was a period that started strong with the 1970 vintage, showing two rarely compatible features: high quality and yields! The following years were generally less impressive (apart from a good 1975) until the legendary 1982. Aside from its immense quality, this vintage was also marked by the arrival of a new international critic, with Robert Parker being the first to announce the unique quality of this year, while the “place de Bordeaux” didn’t consider it as much at first…

Exceptional vintages of Burgundy (red)
Pinot Noir is a grape that wonderfully expresses the subtle differences in terroir, as well the impact of the climate at any stage of the grapes’ development. Suffice it to say that many years can be very severe in Burgundy, not to mention that seemingly perfect vintages (very hot and sunny) are not necessarily suitable to “His Majesty” Pinot, which requires a delicate climate in order to show finesse in the glass…

1900 to 1945
In the 20th century, there wasn’t any exceptional vintages before 1911, offering wines with remarkable longevity and followed a few years later by the 1915. Burgundy also experienced a good series in the 1920s, with three exceptional vintages: 1920, 1923 and 1929. The 1920 and 1923 vintages are still good today, but they are very rare, since the harvest was exceptionally small. 1929 was probably the best year of the decade, with very good tannin structures and ageing potential.

1945 to today
The 1930s and early forties (the latter with an obvious explanation) did not deliver any special vintages. It wasn’t until 1945 and 1947 that they found some exceptional years, on par with the legendary 1929. Another long wait followed until 1959 – this was the sunniest year ever in Dijon and produced rich wines with high yields.

The return to excellence was quicker this time, with the 1961: unfriendly in its youth, it became balanced quickly and the wines are built to age. The 1971 and especially 1978 is also worth mentioning, and the latter will undoubtedly be one of the greatest of the century. It is a vintage that will still be good in 20 or 30 years! After the impressive 1985 and 1989, we reached the exceptional 1990 Burgundy, a vintage of outstanding balance, the wines both rich and wonderfully taut.

It is still difficult to be sure for more recent vintages; however, we can hope that perhaps the 2005 and 2010 will become the next 1978 or 1929. But there are no guarantees…

Exceptional vintages in the Rhône Valley
Even if there are some obvious differences between Northern and Southern Rhône, when there is an exceptional vintage, it is true for appellations as different and geographically distant as Côte Rôtie and Châteauneuf-du-Pape.

1945 to today
For this period we have more information, but don’t forget that some areas, like Côte Rôtie, were dilapidated before improving during the late 1960s. The period started well, with a set of beautiful vintages from 1947 to 1950. However, it was the 1961, and especially 1978, that probably deserves to be called true “vintages of the century”. Another good set followed later, with 1988, 1989 and especially 1990, which is quite similar to the exceptional 1978. In more recent years, 2005 and 2010 are the two vintages that may be able to rise to this level.

For a Warm Summer’s Day | Our Mediterranean Selection