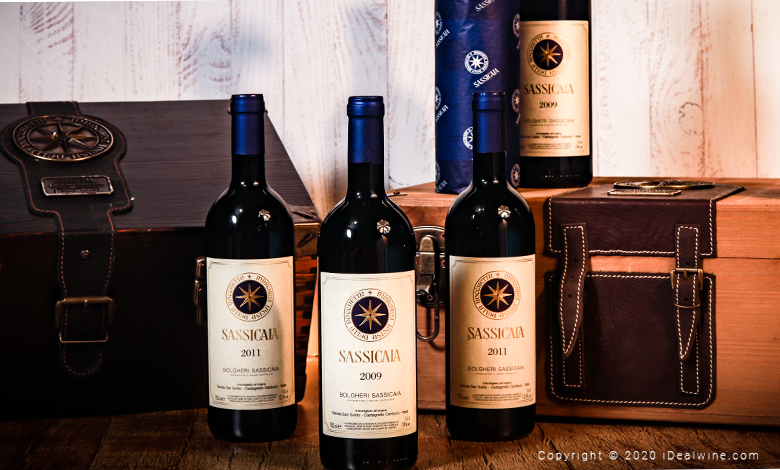 Just when it feels like you’ve got a grip on one country’s wine production, you realise that there are viticultural treasures to be discovered across the globe! Here’s a little guide to some of the finest names you’ll find outside of France.

Last year, over half of the non-French bottles sold at iDealwine came from Italian peninsula. We have to admit we arrived a little late to the party, considering this is a country that’s been crafting exceptional wine wince Antiquity! Here, Piedmont producers are particularly coveted, such as the Barolo cuvées made from Nebbiolo, the red varietal that does its 2,000-hectare appellation so proud. These wines are made with cellaring in mind, being naturally acidic and matured for three years, 18 months of which spent in oak casks. Some of its biggest figures are Bruno Giacosa (Barolo DOCG) and Giuseppe Rinaldi (Barolo Cannubi S. Lorenzo).

Known for its quintessential landscape, home to olive trees and rolling hills, the region of Tuscany is also renowned for its so-called ‘Super-Tuscans’, wines that skilfully marry the local Sangiovese grape with classic, Bordeaux varietals. Estates like Tenuta dell’Ornellaia and Tenuta San Guido (Sassicaia) are superb examples of the magic that is made here.

Sunny California is known for being America’s top wine state. A winemaking region of great diversity when it comes to varietals, terroir, and style, the weather conditions in this part of the world make for consistently good cuvées. Whilst, of course, US wines don’t have the long history of which European domains can sometimes boast, the advantage of this is a certain open-mindedness; many producers in the States pick and choose which elements of their craft should be traditional and which can embrace modern techniques and movements.

A legend of the Napa Valley is Screaming Eagle. These wines have been blessed with a full 100/100 score from Robert Parker, and they are very difficult to come by due to the allocation system. We might have a few in stock at iDealwine, though…Another star is The Antagonist from Sine Qua Non in Santa Barbara County. Parker described this producer as “one of the most creative and multi-dimensional on planet earth”.

See all US wines

The sloping terraces along the Rhine glisten with waves of gold thanks to the region’s famous Riesling vines, purveyors of veritable liquid gold. Style-wise, these grapes are vinified into dry, sweet, and dessert wines by domains whose cuvées are sought across the world. Among the best-appreciated are Egon Müller (Scarzhofberger TBA), Jos. Josh Prüm (Wehlener Sonnenuhr TBA), and Geltz Zilliken (Saarburger Rausch TBA). TBA wines are made from a selection of noble grapes and are characterised by their distinctive profile, their complexity, and superb ageing potential.

When it comes to wine, Spain is represented by some mythical figures. First up is Vega Sicilia which, reigning over a chalky bedrock on the Ribera del Duero, matures its Tempranillo grapes for many, long years to craft the Unico cuvée.

An unlikely but certainly accomplished producer is the Danish vintner Peter Sisseck who first got his name out there in the 1990s when he founded his Pingus estate. The yields collected here are intentionally limited. As for Rioja, you must find the chance to try a cuvée from domain R. Lopéz de Heredia whose wines are put up for sale after at least a decade in the cellar, giving them a unique character.

Evoking Portugal invites us to reflect on the warmth and power of its fine fortified wines. With a tradition dating back to the Roman Empire and two wine-producing region categorised as UNESCO World Heritage sites, this is a country with a rich viticultural history. Plus, many of its grape varieties are grown nowhere else in the world! Quinto Do Noval certainly produces some memorable vintages, and F Chamisso Filho e Silva has some rare gems. Niepoort is a classic producer of Port, too, representing the Douro Valley in all its powerful splendour.

7 tips for serving wine at a barbecue