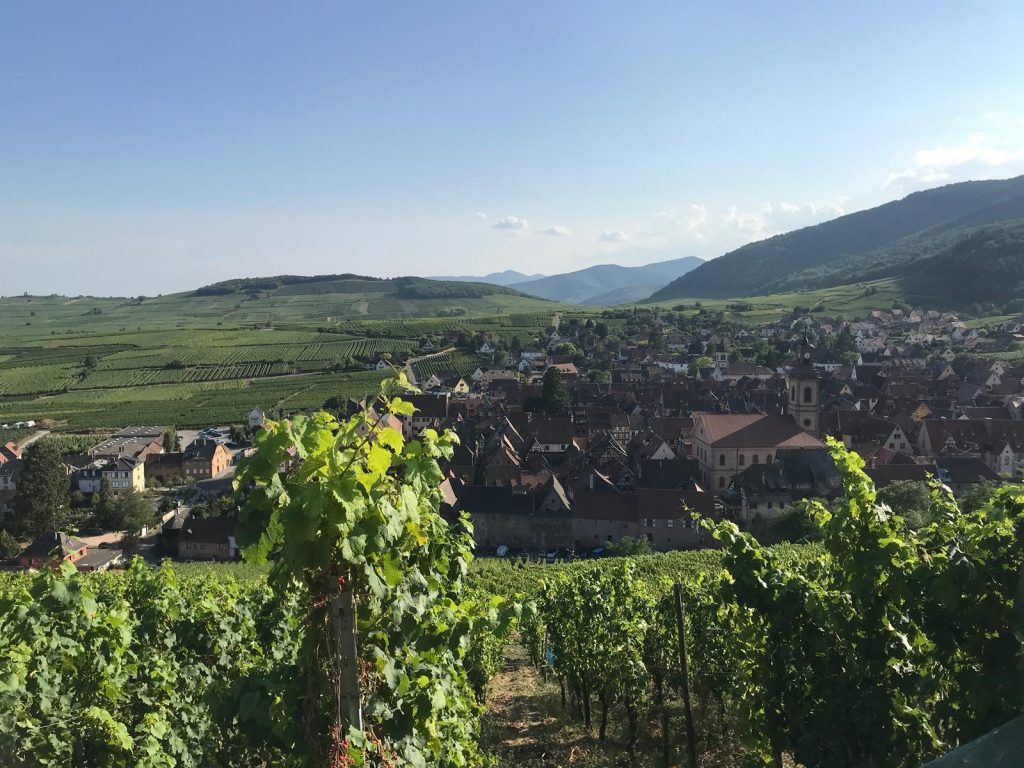 Last August, Constance packed her bags and set off to discover Alsace, stopping by one of our favourite domains.

In the eyes of wine enthusiasts, domain Marcel Deiss is undoubtedly an icon of Alsace – and even France. While mature vintages from the domain are routinely fought over at auction, the house’s philosophy is as admired as it is decried.

We arrived at midday and were welcomed by Maire-Hélène Cristofaro, Jean-Michel Deiss’ wife and current manager of the domain. Not a minute was lost: she led us straight to the winery, where we learnt about each step of the vinification process. We would hear this many times over the course of the day: the notion of terroir predominates all the work. The harvest date, choice of presser, vats (stainless steel or oak), temperatures and élevage all depend on where the grapes were grown. Every parcel and every wine must be unique. 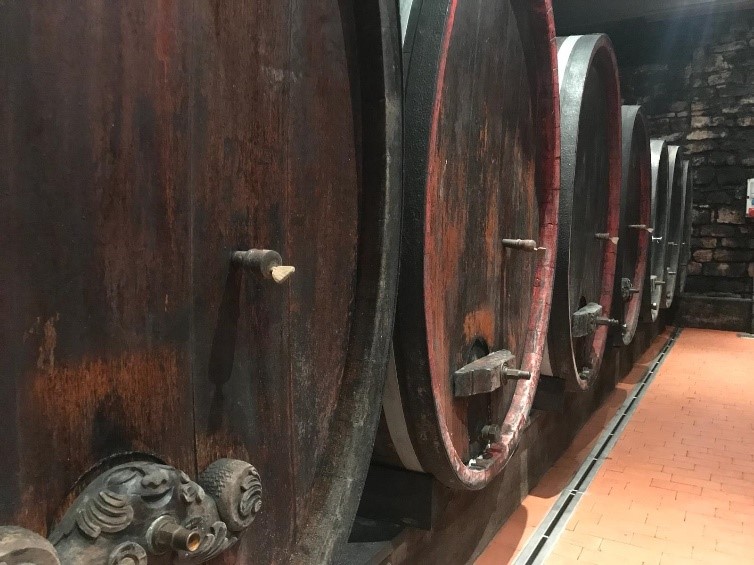 After an hour discussing with Marie-Hélène, we emerged from the cool undergound cellar, finding ourselves under the burning sun of this continental region. We tasted the wines, all the while hanging on to Marie-Hélène’s every word, as she explained the wines tasted…

We learnt that their wines are divided into three categories: wines of fruit, wines of time and wines of terroir. The fruity wines can be enjoyed in their youth; the wines of time are those which have been affected by noble rot (Vendanges Tardives and Sélections de Grains Nobles) and thus would gain from extended cellaring. The terroir-driven wines are possibly those that best encapsulate what the Deiss family does best. 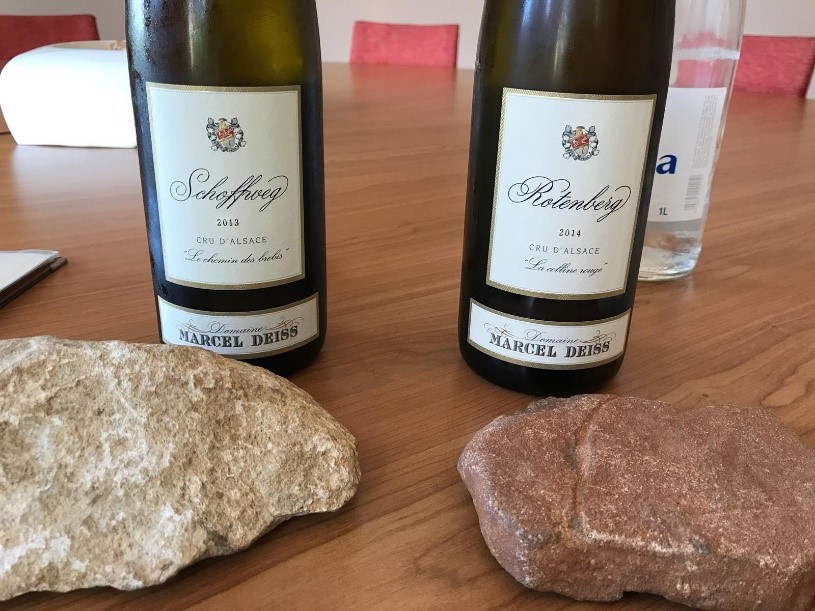 The philosophy behind terroir-driven wines

The terroir determines a wine’s profile. According to Jean-Michel Deiss, this comes across so clearly in a wine that he refuses to follow current Alsatian customs. That is, single-varietal wines. Under his stewardship, the grape takes a back seat, leaving the terroir to freely express its power, its energy, finesse or minerality.

To better understand how the taste of a wine is influenced naturally by the soil, we are presented with bits of rock from the parcels of the wines tasted. Having observed their colour and power, magically, the flavours seem to coincide with the physical characteristics of the rocks. A heavy, powerful soil thus would produce a wine that is full of energy and has striking depth.

A stroll through the vines

We then joined Jean-Michel Deiss in the vines, as he explained the two pillars on which his work rests: co-planting and biodynamics.

In reality, the co-planting method is an age-old method in the region. He realized that in the Middle Ages, the terroirs produced the same gustative and olfactive sensations that they do now and at the time, co-planting reigned supreme.

The hours fly by and before we know it, the sun starts to set. 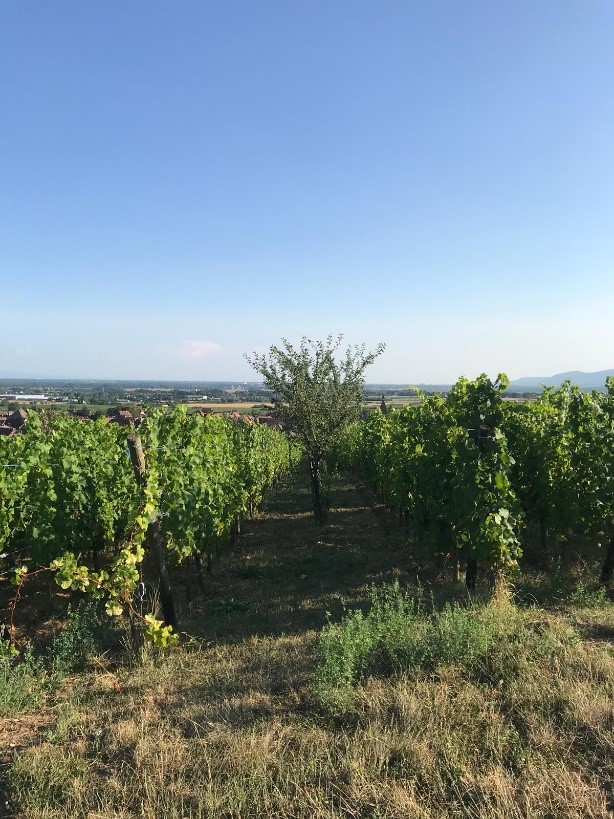 What the guides say about domain Marcel Deiss

Planting different grape varieties together is at the heart of Deiss’ work. Although the technique is traditional in the region, it is not widely practiced and divides the Alsatian winemakers. The Deiss’ take it one step further, producing convincing, complex wine with incredible intensity and balance. The grapes are vinified together, following masterful instinct. The wines are unparalleled in the region, which is somewhat confusing for consumers, but the result is magnificent.

A master of co-planting, Jean-Michel Deiss offers his own interpretation of the interaction between soil and varieties – terroir – unanimously convincing enophiles of the greatness of his wines. With his son Mathieu, he has identified which grape varieties are best adapted to each of the domain’s parcels. The vineyard is farmed with the utmost respect.

Les Vignes de Paradis, a Savoie domain that goes against the grain